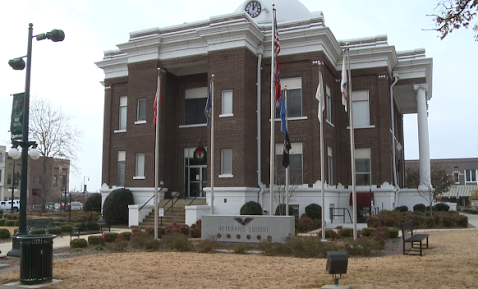 DYER COUNTY, Tenn.-Wendy Bargery, 36, was sentenced Tuesday in Dyer County Circuit Court after she was accused of having sex with a then 14-year-old boy. According to court documents, Bargery was charged with two counts of statutory rape, one in September, 2012 the other July, 2013. Dyer County Sheriff Chief Investigator Terry McCreight said that the gender of the suspect does not matter in the justice system. “We’ve seen these cases in the past. She’s not the only one that’s ever been charged in Dyer County,” said McCreight. McCreight also said the parents discovered the affair after seeing an exchange of inappropriate text messages between their son and Bargery on his phone. Neighbors said they are worried about having an offender in the community. “I’ve got a cousin. My uncle lives next door, and his little boy is 14. So it’s kinda weird having somebody so close.” said Doug Singleteary. Court Documents state that Bargery will have to register as a sex offender, take sex offender treatment and evaluation, as well as undergo supervised probation.