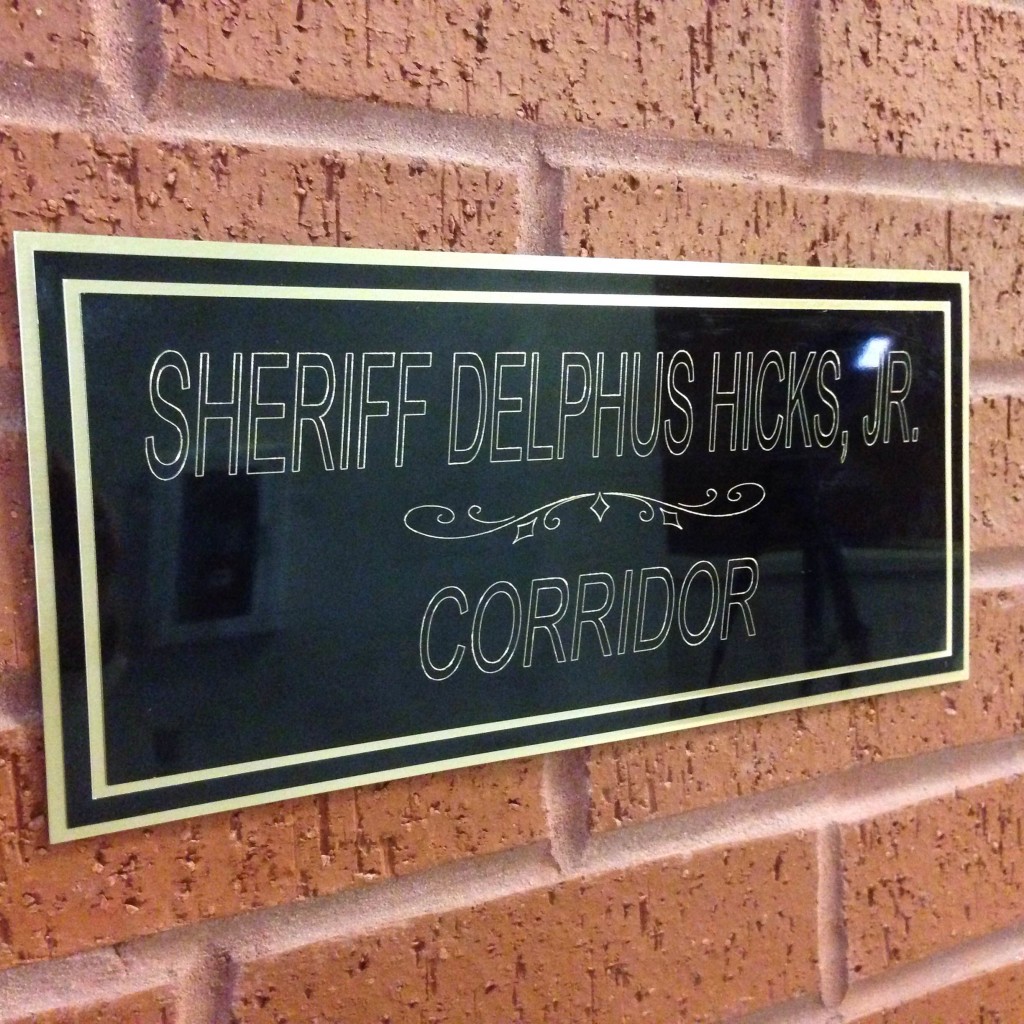 BOLIVAR, Tenn. — The first elected African American sheriff in the state of Tennessee received a lasting honor on Friday. Former Hardeman County Sheriff Delphus Hicks cut the ribbon to his very own hallway at the Hardeman County Correctional Complex. The hallway is now known as “Sheriff Delphus Hicks, Jr. Corridor.” “It is so nice to be thanked, and this is the way the county has decided to thank me,” Hicks said. “I am really appreciative and my family is appreciative.” Hardeman County Mayor Jimmy Sain also revealed a plaque listing Hicks’ history with the sheriff’s department. Hicks was sheriff from 1978 to 1994. He then returned to office in 2002 to 2010 for a total of four terms and 24 years of service. “I never was treated different for being black,” Hicks said. “I worked with a lot of white people, but everything went smooth.” Hicks said during his tenure he saw drugs such as marijuana turn into harsher drugs, and the violence increase due to growth in the area. “The only advice that I have for law enforcement today is communication,” Hicks said. “You need to get out there and communicate with the community — that’s how you solve problems.”