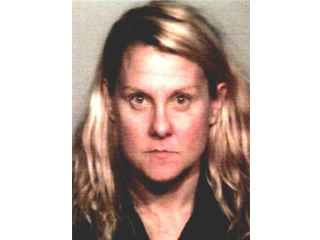 JACKSON, Tenn.- A woman is accused of vandalizing a fridge during an argument. According to court documents, Kristie Tharpe started kicking their home’s refrigerator causing major damage to it. When police arrived on the scene they said it was apparent that she was the primary aggressor. Her bond was set at $1,000.