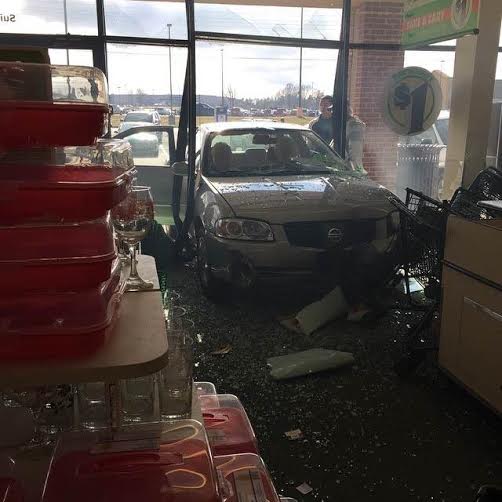 MILAN, Tenn — Milan Police officials said a car crash through a local business Saturday morning, and caused a young girl to be hit by debris. “An associate of mine said ‘Oh my god it sounded like someone ran into the building’, and that’s exactly what had happened,” said Kaitln Smith, the manager of a store next door to the scene. Sergeant Chris Mathenia of the Milan Police Department said an elderly woman mistakenly hit the accelerator instead of the brake, and crashed into Dollar Tree on South 1st street in Milan. “As the vehicle was going through the front of the building, it knocked a vending machine over onto a child,” said Sgt. Mathenia. He said the girl was taken to the hospital, and it appeared she will make a full recovery, and the driver will not face charges due to the accidental nature of the incident.