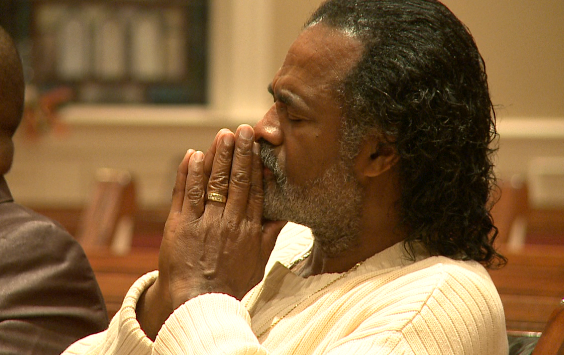 JACKSON, Tenn. — No justice, no peace. It is a phrase heard chatted at protests and rallies across the nation. Dozens of West Tennesseans gathered not to protest, but to pray Tuesday nigh for justice and for healing. The prayer vigil was held at Mother Liberty CME Church in hopes prayer will help heal. “Some people say time heals all, but no it doesn’t,” Carolyn Knox said. Knox said her 14-month-old granddaughter was murdered 10 years ago and her family still has not seen justice. Knox said prayer has helped her tremendously, “if it wasn’t for prayer I could not stay on my feet so prayer is the key.” Reverend Daryll Coleman organized this prayer vigil for justice last week after grand juries issued no indictments in the deaths of Michael Brown and Eric Garner. “Just as what happened back in the 60s now because of the media attention the world is getting an opportunity to see the miscarriage the perceived miscarriage of justice,” Coleman said. Coleman said a vigil was necessary now. “I felt led to pull together the religious community and others of goodwill here in Jackson so that we could come together and make our voices heard,” and the community has a unique opportunity to bring forth change. Jordan Howerton said he attended the vigil to hear those voices in his community. “If a lot of people say as a white person that I don’t get it they’re probably right and so my hope is to listen and to learn and if nothing else to stand with my brothers and sisters,” Howerton said. Knox said she is hesitant vigils will help with change, but believes prayer will help. “It’s important to me for families to get justice because we didn’t get it,” Knox said. Reverend Coleman said during this time of crisis in our country it is not a time for the religious community to be silent.