Leaves pile up in West Jackson 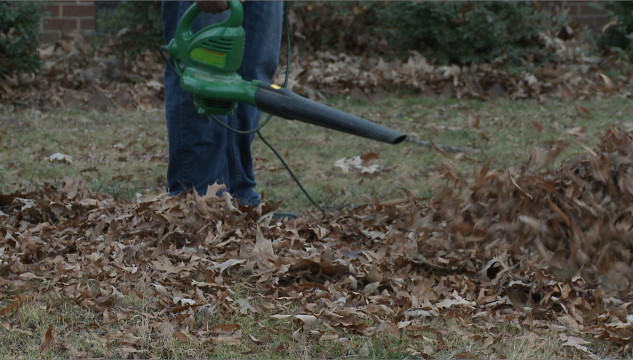 WEST JACKSON, Tenn. — With most of the leaves off the trees they are piling up all over the city and some residents are not happy about it. “It’s kind of cold out here, but you’ve got to get the leaves up,” Tovarious Maclin said, as he raked up his yard for the second time n a week. “You have to do the same thing over and over, Maclin said. “The wind comes and blows the leaves in the carport or the driveway.” Maclin said as people blow the leaves to the curb to be picked up, they are piling up all over the LANA neighborhood. “I feel like they’re taking to long,” Maclin said. “But I was also told if you call they will come get them, but a few people have called and I haven’t seen anyone come.” The Jackson Sanitation Department said it runs the leaf trucks on set routes, but if you give them a call they will come out and see what needs to be cleaned up. “We will typically take someone and look at the situation, to see if we need to get a truck over there and do a special pickup,” Director of the Jackson Sanitation Department Kathleen Huneycutt said. Huneycutt also said this service is a luxury for the citizens of the city. “We’re lucky here in Jackson that we’re able to provide that service,” Hunneycutt said. “That people don’t have to bag their leaves, but they can rake them to the curb.” Overall, Maclin said he hopes the city comes by soon so the leaves do not blow back in his yard and he has to start raking all over again. “I’m just trying to get it all started,” Maclin said. “Hopefully they come by next week, hopefully.” The Jackson Sanitation Department said they run about five to six leaf trucks a day. If you see leaves piling up in your neighborhood give them a call at (731) 425-8545.