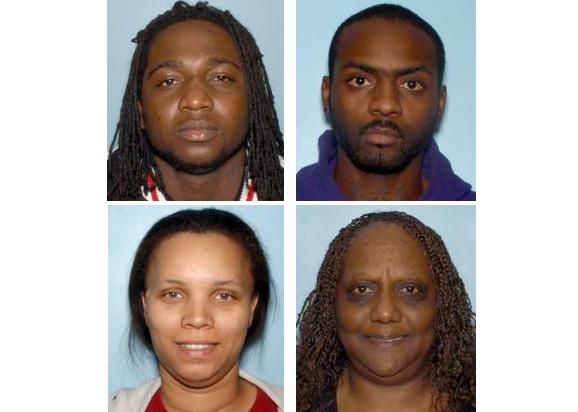 CLAYTON COUNTY, Ga. — A man wanted in the attempted murder of a West Tennessee police chief has been captured in Georgia, according to the Clayton County Sheriff’s Office. Javarius Mann along with three people accused of concealing his location were taken into custody Wednesday by U.S. Marshals with the assistance of the Clayton County Sheriff’s Office, according to a release from the sheriff’s office. Mann is suspected in an attempted murder against Friendship Police Chief Bill Garret and also wanted in Dyer County for felony violation of probation on an original charge of robbery, the release states. Garret was shot May 18, 2012, while off duty in a Dollar General store in Friendship during an attempted robbery. Two other men, Craig Barbee and Gary Wallace, have been tried and convicted in the shooting and robbery. Also arrested Wednesday were Javarius Mann’s brother, Morris Mann, Javarius Mann’s girlfriend, Lakisha Hinton, and her mother, Marilyn Sharpe, according to the release. Each is charged with hindering apprehension of a fugitive on accusations of concealing Javarius Mann’s location, allowing him to hide in their attic and giving false information about his whereabouts on more than one occasion, according to the release.