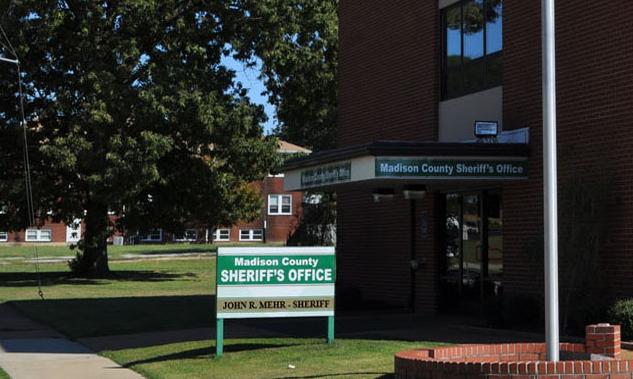 MADISON COUNTY, Tenn. — Sheriff John Mehr confirmed Thursday his wife has been hired to work within the sheriff’s department. Michelle Mehr was hired about a month ago to work part-time with the office’s evidence backlog, destroying old evidence and helping transition to a new digital system of logging evidence, according to Sheriff Mehr. The Sheriff said the backlog needed immediate attention when he took office in September. “I had to have someone who had the knowledge and expertise to come in and assist in getting that together,” he said. Michelle Mehr’s salary will be $20 per hour, the same rate as all other part-time positions in the department except for a part-time budget director. Sheriff Mehr said Michelle Mehr was hired based on her relevant experience in law enforcement, adding she actually was over-qualified for the position. Michelle Mehr has previously worked as an instructor with the FBI and has owned her own private investigation business as well as served as an assistant police chief. As a part-time employee, Michelle Mehr is not eligible for benefits and cannot work more than 29.5 hours per week. Sheriff Mehr said he is looking to fill more part-time positions. “We don’t pay benefits to part time employees and that’s going to help the county,” he said. Some constituents say they have questions about the new hire,”If he did it for political or personal reasons as in ‘I don’t want to have the hassle of having someone I don’t know work for me’ Or if it’s favoritism to a family member then that’s not a good thing,” Madison County native, Denver Chandler said. According to county human resources officials, there is no nepotism policy for the county or sheriff’s office. Madison County Mayor, Jimmy Harris said he supports Mehr’s decision, but did have initial concerns.”I felt there would be questions from the community as far as him hiring his wife, but he felt the best person to do that job was his wife,” Mayor Harris said. Sheriff Mehr said he was not directly involved with hiring her and the department’s chief deputy had the final say. Sheriff Mehr said Michelle Mehr does not report directly to him but rather to a supervisor within the department.”I could hire and fire her, but I do not sign off on any of her reports or documentation,” Mehr said. He said in the event of disciplinary action, the chief deputy would be responsible for resolving it.