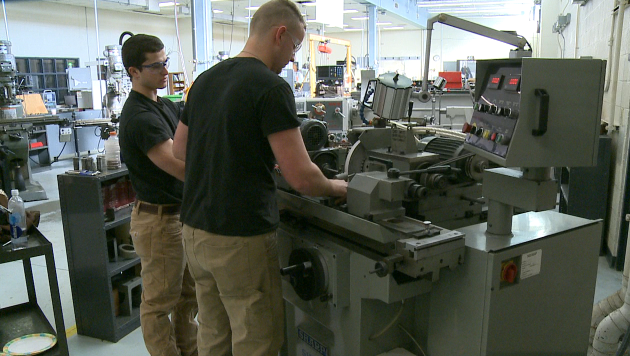 JACKSON, Tenn — Jackson State Community College was awarded nearly a million dollars by the state, but they will give most of it away. Dr. Larry Bailey, Vice President of Academic Affairs at Jackson State Community College, said grant will be shared among several other agencies that will help grow manufacturing businesses in West Tennessee. “Between private businesses and industries, government agencies, and the higher educators, and the K-12 educational institutions,” said Dr. Bailey. School officials said the grant is for $900,000, which would fund supplies, equipment, and anything else the co-op finds necessary to be successful. Jackson State Community College will receive only $200,000. Dr. Bailey said the program would follow students from high school to college in the pursuit of a manufacturing career, and would then connect them with potential employers. Skylar Trompower, a student at the Tennessee Center for Applied Technology, said the money will be put to good use. “There are machines that we don’t have. There’s equipment that we’re trying to get, to help us for the future,” said Trompower. School officials said the new equipment should be ready for students by the start of next semester.