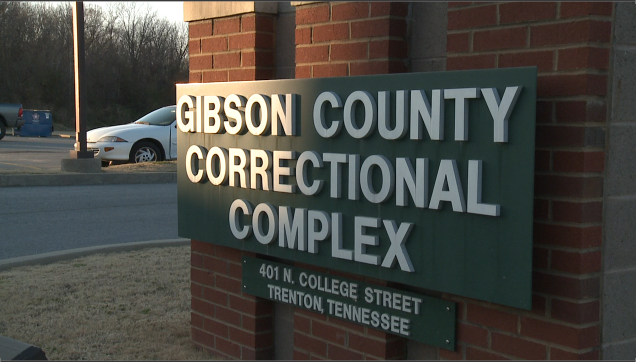 GIBSON COUNTY, Tenn. — New details as we learn more about what new Gibson County Sheriff Paul Thomas calls an unexpected start to his time in office. As we first reported Thursday, state auditors uncovered missing guns and equipment from the office. Now, the sheriff reveals a hit to his budget to fix problems that may have been intentionally left behind. Coming in as sheriff, Paul Thomas said he was greeted by many unexpected challenges. “Everyday it seems like we’re having something new to fix or replace or repair,” Sheriff Thomas said. But this is not ordinary maintenance. He said almost $10,000 has been spent to de-bug or replace computers left locked because passwords were not left behind when Chuck Arnold left office. “Our computer guy has been here pretty much two or three days a week ever since I’ve taken office,”Thomas said. “Working on stuff and replacing computers.” Something residents said seems senseless. “It’s very unfortunate that the new guy comes in and has to hit the ground running putting things like this in place,” resident Joel Pigg said. “Instead of being on the streets protecting the community like he was elected to do.” Although Sheriff Thomas said he has had a lot of problems since he first started he said he is not frustrated and he thinks of it all as a challenge. “We haven’t missed a beat,” Thomas said. “We’ve had some hurdles to jump but we’re still providing the same service we were providing and I think at an even better efficiency.” We went to former Sheriff Chuck Arnold’s house Friday to see if he would comment on whether these were intentional acts of sabotage. It appeared people were home at the time, but no one answered the door. “I’d like to hope there’s an explanation for it but I’m not sure what that explanation would be, Pigg said. “But the new administration must be frustrated.” Arnold is also at the center of a scathing state audit that found missing guns and equipment from the sheriff’s office. “They need to go through and figure out where this stuff went and who got it,” resident Jason Flowers said. We also spoke to the TBI and a spokesperson said the agency has been asked to assist the state Comptroller’s office in their audit of the Gibson County Sheriff’s Office, however he could not confirm if an investigation will be launched.