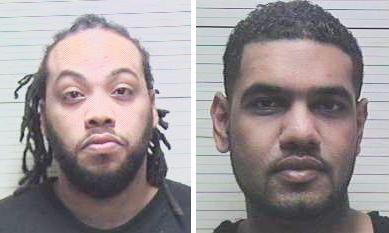 WEAKLEY COUNTY, Tenn. — Two men are facing drug charges after separate search warrants were executed in Weakley County, according to the Weakley County Sheriff’s Department. Stephen James Talley, 28, of Antioch, was arrested Thursday after police made an undercover buy of marijuana from him, according to a release from the department. Talley was pulled over in Dresden after the sale, and police found about three-quarters of a pound of marijuana inside the rental car he was driving, according to the release. Talley is charged with sale of marijuana and possession of marijuana with intent to resale, the release states. In a separate incident Friday, Moad Hassan al Tahoon, 26, is charged with possession with intent to resale after investigators found about one and a half pounds of marijuana and $1,450 cash during a search of a Parish Street apartment in Martin, according to the release. Investigators from the Weakley County Sheriff’s Department, the Martin Police Department and the Dresden Police Department were involved in executing the search warrants in these incidents.

US spy satellite launched into orbit from California

Tropical Storm Ian strengthens as it heads to Cuba, Florida