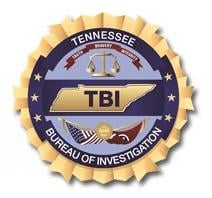 At DA’s Request, TBI Suspends Holly Bobo Investigation, Severs Ties with 24th Judicial District
NASHVILLE – Until further notice, and at the request of District Attorney General Matthew Stowe, the Tennessee Bureau of Investigation has discontinued its investigation into the Holly Bobo case and severed ties with the 24th Judicial District.
“We certainly regret these unprecedented circumstances playing out in the media,” said TBI Director Mark Gwyn. “But in a meeting last week, which included 30th District Attorney General Amy Weirich, 28th District Attorney and President of the Tennessee District Attorneys General Conference Garry Brown, and Wally Kirby, Executive Director of the Conference, Stowe made allegations of misconduct by TBI and other law enforcement agencies, both local and federal. He also repeatedly stated he wanted our Agency to suspend all activities in his district, after which Weirich removed her office’s resources from the Holly Bobo case. Stowe may characterize this as a misunderstanding, but his requests were clear and I wasn’t the only one who heard it.”
Since Holly Bobo’s disappearance in 2011, TBI Special Agents have devoted thousands of hours of casework and forensic analysis. The investigative records and the results from a vast majority of the evidence submitted in the Bobo case have already been turned over to the District Attorney General’s office for his further investigation, review, and prosecution. The results of pending forensic analysis in the case will be provided in a timely manner. As of this date and until further notice, TBI personnel will no longer offer comment or information about the Bobo case or any other case originating in the 24th Judicial District.
“For years, we pursued the Bobo case with the utmost diligence and dedication for the sake of Holly’s family and friends,” said Gwyn. “We are proud of our investigative efforts and remain hopeful that justice will eventually be served.”
As a result of Stowe’s request, TBI Agents will no longer investigate new cases in the 24th District. Local law enforcement agencies will be responsible for investigating the incidents in their jurisdictions, and will also be responsible for securing and funding forensic analysis for all future cases.
In a letter to Stowe today, Director Gwyn proposed a meeting, to be facilitated by the Tennessee District Attorneys General Conference, to discuss TBI’s role in the 24th Judicial District.
“We have proudly served the 24th Judicial District – and its residents – for decades,” said Gwyn. “We hope Stowe will help us resolve these issues quickly, so we can get back to the important work of pursuing our core values of truth, bravery, and integrity in his district as the state’s lead law enforcement agency.”
Categories: Local News, News, Seen On 7
Share this...