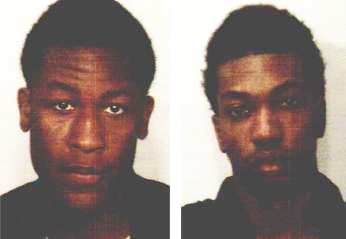 DOWNTOWN JACKSON — Two men suspected of aggravated robbery using a BB gun appeared Wednesday in Jackson court. Monday night, Caleb Prather and Deonkievious Cooper were arrested and charged with aggravated robbery after an alleged incident that happened in the 500 block of Daugherty Street. The victim says he was selling a pair of shoes to the men when, after he reached back to get the shoes, another suspect put a BB gun to his head while Prather and Cooper allegedly took the shoes and the victim’s wallet.