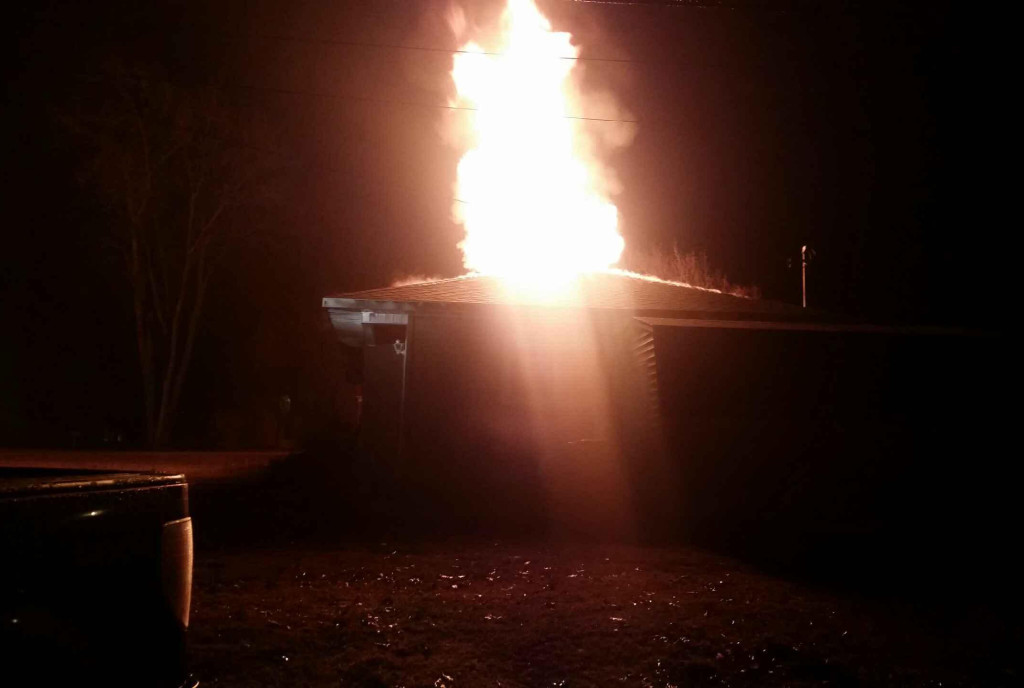 RUTHERFORD, Tenn. — A fire Tuesday morning left a Gibson County family homeless just two days before Christmas. Rain soaked what is left of a house on Hopper Street in Rutherford. “It’s devastating,” relative Barry White said. Firefighters said the house caught fire around 4:20 a.m. Tuesday. White says his son lived in the home. “Me and him went back to go back to the house to try to get him a pair of pants because he didn’t even have no pants on,” White said. A neighbor snapped pictures of fire pouring out of the roof. “The flames were probably 20-30 foot above the roof line,” Rutherford Fire Department Capt. Jon Stafford said. Stafford said a portion of the roof collapsed before firefighters arrived. He said the home had smoke detectors, but they did not initially go off. “There was an attic access pull down, and the fire burnt around that and it fell into the house, and when he heard that he woke up and looked up and saw the fire in the attic,” Stafford said. Stafford estimated it took crews about an hour and a half to get the fire under control. “The fire started somewhere around the heating unit in the attic,” he said. “Don’t know if it was a malfunction of the unit or what the case was.” Firefighters said the home sustained smoke, water and heat damage. White said his son‘s family lost everything, but he is glad they got out safely. “Pick up the pieces and move on,” White said. “You know everything will come back together.” Firefighters said no one was hurt.