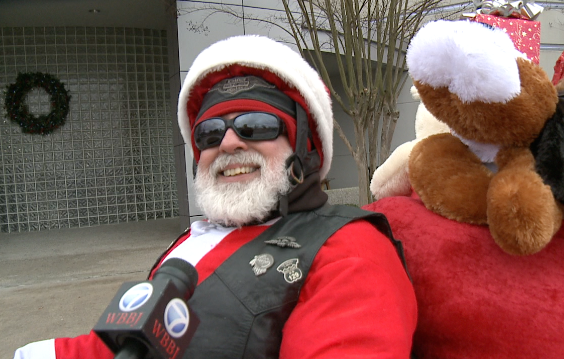 JACKSON, Tenn. — Santa made a trip through west Tennessee a little early Christmas Eve, trading in his sleigh for a Harley. He stopped at Bumpus Harley Davidson in Jackson to say hello before riding back to the North Pole. He says this isn’t the first year he’s done it, but didn’t make it to Jackson last year because it was just too cold. Santa said he loves seeing the reaction on kids’ faces. “It’s for the children, just to see the joy on their faces,” Santa said. Santa said his Harley is what he uses to ride around town when he’s not at the North Pole.