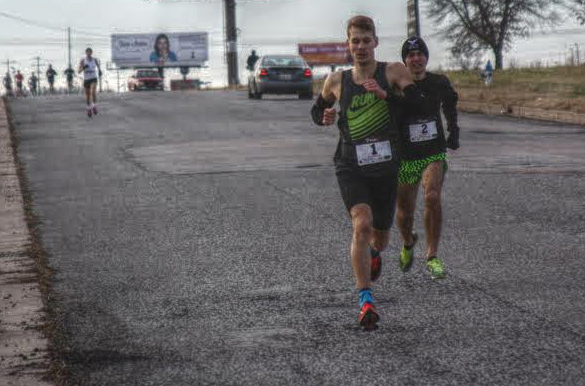 JACKSON, Tenn. — Runners hit a north Jackson street Friday morning to compete in The Fastest Mile race. The race took place on Frontage Road next to the 45 Bypass. Jackson native Matt Joyner won with a time of 4:30.0. Foster Johnstone came in at a close second at 4:31.4. Third place went to Jack Goodwin in 4:46.6. Kayla Puzdrakiewicz was the female winner, finishing with a time of 6:00.1. Erin Ross came in second at 6:57.3, and third-place female went to Myra Krenis in 7:23.0. Joshua Holmes with Run It Fast said he came up with the idea for the race over the Thanksgiving holiday and quickly organized the event. Holmes said the mile used to be a popular distance to race but is not held much anymore, leading to several personal records being set in Friday’s run. Holmes also said he will be hosting another race Saturday, Dec. 27, called the Trail of Fears.