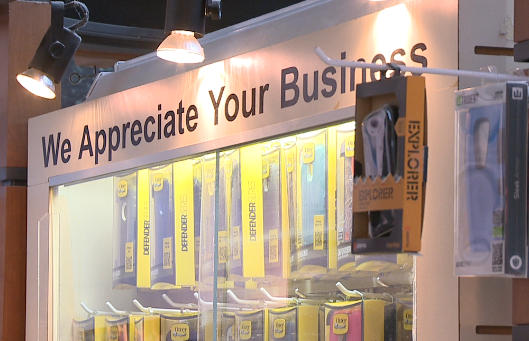 JACKSON, Tenn. — With the day after Christmas landing on a Friday, many took the day off and headed to the mall to return unwanted gifts. Experts are predicting the day after Christmas to be the second busiest shopping day of the year. “The mall was extremely packed,” said Sierra Reptogle a shopper at the mall. “There were lines, and it was stressful. But, workers are doing their best to get through it.” The National Retail Federation predicts 40 percent of consumers will return at least one of their holiday gifts this year. Experts say Americans returned $267 billion in merchandise last year alone. For some, returning gifts this year was just as unpleasant as they expected. “I probably won’t come back again,” said shopper Sarah Sellers. “I could sense some stress from some of the workers probably because of all the people here. I won’t be coming back again on the day after Christmas.” Experts say retailers will lose nearly $4 billion to fraudulent charges this year. The National Retail Federation says 70 percent of stores this year will require a photo ID if you do not bring a receipt with the item you are returning.