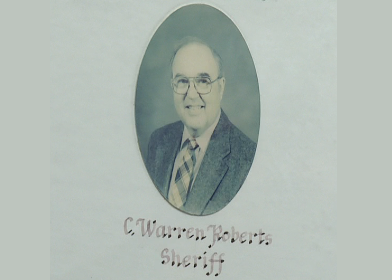 JACKSON, Tenn. — The Madison County Sheriff’s Department is mourning the loss of one of their own. Former Sheriff Warren Roberts passed away Monday night at the age of 87. “This is a loss for the community and Madison County,” Sheriff John Mehr said. “He had such a big impact on lots of lives here.” Roberts was sheriff of Madison County from 1978 to 1994. Before Roberts ran for sheriff he served in the Air Force. “He was a good sheriff,” said Tommy Buntin, who worked as a deputy all 16 years Roberts served as sheriff. “He built this department up from a small one to what it almost is now.” Roberts began his law enforcement career as a patrol officer for the Jackson Police Department. He served in the department for 25 years and retired a captain. He then moved on to work with the district attorney’s office before running for sheriff in 1978. “Warren was so innovative — he always kept moving forward,” Mehr said. “That’s what you need to do — you need to always be preparing for the future here.” No funeral arrangements have been finalized at this time. Mehr says the department will have a presence at the funeral and that he will make resources available to the family.