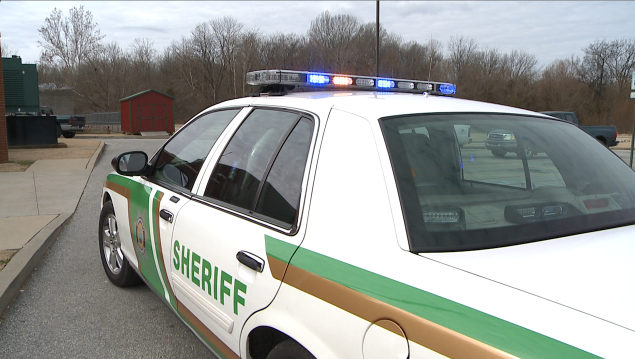 GIBSON COUNTY, Tenn. — If Gibson County residents plan to party in the New Year, they will be able to hitch a ride home Wednesday night. But it’s from an unlikely service — the sheriff’s office. “It’s a good way to keep people safe, keep them off the streets,” Gibson County Sheriff Paul Thomas said. “All while still letting them enjoy the New Year.” Thomas says getting picked up in a cruiser might seem a little weird but that it’s the best way to get home safe. “There’s no strings attached,” Thomas said. “Get out, enjoy yourself and call us. We’ll come pick you up and drop you off at your doorstep.” Thomas and a number of his deputies will be on the streets New Year’s Eve ready to take you home. The sheriff says it’s better for you to call them than to spend New Year’s Day behind bars. “I want people to have fun and ring in the New Year,” Thomas said. “But I want them to wake up in their bed, not ours. I promise, their bed is a lot more comfortable than the bed we got.” Residents say they feel the same way. “I think it’s great,” John Little said. “It will keep people off the road, from drinking and driving and causing less fatalities.” Fatalities that Thomas says he knows all too well. “I lost my sister to a drunk driver in 1992, and it was a horrible thing,” Thomas said. “So if we can save one life, it will be worth every minute we spend out there on New Year’s Eve.” Thomas says in addition to the shuttle, he and his deputies will be keeping a close eye out for those who chose not to take advantage of the free shuttle home. “While we’re out waiting on the phone calls, we’ll be patrolling the county,” Thomas said. “So if we catch you before you call, all bets are off.” If you want to take advantage of the shuttle service, it’s available anytime New Year’s Eve into early New Year’s Day. Call the sheriff’s office at 731-692-3714 and just tell them where you need to be picked up.