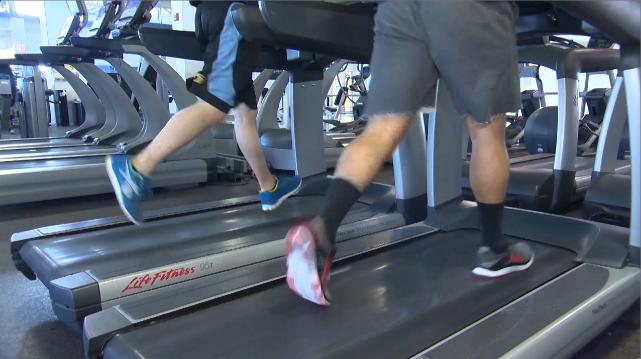 WEST JACKSON — The New Year’s resolution — it usually includes far-fetched goals many of us make but are sometimes hard to keep. But in most cases, the problem is actually with the goal and not the person making it. It’s easy to make these resolutions, but is it easy to keep them? “Weight Loss, quitting smoking, quitting drinking,” counselor Jim Jones said. “You have these major life changes that you’re going to accomplish because it’s the new year.” According to Forbes Magazine, just 8 percent of us keep our resolution through the entire year. “We make them to where we can’t achieve them,” Jones said. “Then we end up feeling like we can’t accomplish it.” Jones is a counselor at Pathways in Jackson and says staying on track is all about creating smaller goals. “Instead of saying ‘I need to lose 20 pounds to be able to fit into my pants,’ why don’t we work on that one or two pounds sometime in the next week,” Jones said. Even though it’s hard to stay motivated, some residents say they’ve been able to reach their goals. “A lot of people aren’t able to stick to it, and it’s hard to do these days,” Christopher McGraw said. “I’ve been successful in the last few months. I’ve lost 20 pounds but I’m just hoping I can keep that trend.” Whether your resolution is hit or miss, the experts say to stay positive. “Just because we don’t achieve the goal we want to set for our self doesn’t mean that we failed at something,” Jones said. “That’s just the beginning.” Overall, those making resolutions say they’re just excited to begin the year with a clean slate. “I’m looking forward to 2015,” Cornelia Tiller said. “I know it’s going to be good!” Experts say by making realistic goals, it will help incorporate healthy behavior into your everyday life.