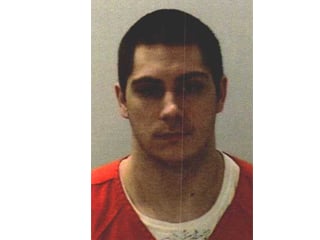 JACKSON, Tenn. — Police arrested a man accused of kidnapping and raping a woman at a Jackson hotel. Investigators say the alleged attack was not random. A Jackson judge formally charged Daniel Lee Doran, 23, with kidnapping and rape on Monday. Doran is accused of raping a woman and holding her against her will New Year‘s Eve at a hotel on the Highway 45 Bypass. “Something like this should never, ever happen to anyone,” Edgar Johnson, a hotel customer, said. According to an affidavit, the alleged victim told police Doran beat, strangled and raped her. Court documents state the woman told officers Doran threatened to kill her family and burn down her house if she called police. “He confined her where she couldn’t leave,” said Sgt. Danielle Jones with the Jackson Police Department. Jones said Doran and the reported victim know each other. She said there was an argument prior to the alleged attack. “There was a text message that the victim had received from another gentleman, and that’s what kind of sparked the whole thing from what the victim was telling us,” Jones said. The woman involved told police she waited until the suspect went to sleep then left without waking him, according to an affidavit. The judge set Doran‘s bond at $100,000. “My personal opinion, I hope that that gentleman never sees the light of day again,” Johnson said. Jackson police said Doran and the alleged victim do not have a history of violence with each other. Doran is currently being held at the Madison County Jail. He is scheduled to return to court on Jan. 15.