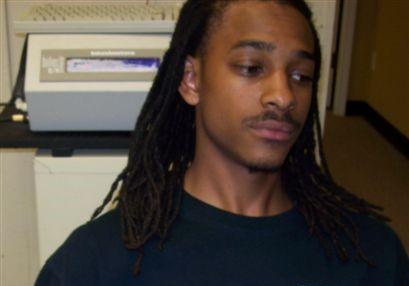 MARTIN, Tenn. — The man wanted in a Martin shooting has been captured, according to Martin police. One victim in the shooting has died, police have confirmed. Two others were injured. Officers arrested Marcus Easley, 25, on Hyndsver Road in Martin around 4:20 p.m. Police say Easley is charged with at least four counts of aggravated assault with additional or upgraded charges pending. Officers responded to a 911 call around 11:50 p.m. Monday about the shooting on South Davis Street. “When they responded they found three gunshot victims when they went into the house the shooter was not there,” Martin Police Captain Don Teal said. Teal said they believe this was not a random attack, “as far as we know it was not a break in and a shooting they were all there mutually.” Police found three adult victims of apparent gunshot wounds inside a residence. All three were flown by helicopter to multiple trauma centers. The victims’ names are not yet being released. A neighbor who claims he’s related to the suspect and friends with the victims backs that statement saying he had plans to be at the South Davis Street house Monday night “I’m glad I didn’t go over there because it could’ve been me,” neighbor Thomas Williams said. Williams said he last spoke with Easley over the weekend and never expected this would happen. “Because he got two beautiful boys and you know what I’m saying everybody got to be out here for their kids instead of doing some crap like that,” Williams said. Easley will be held at the Weakley County Detention Center in Dresden. WBBJ 7 Eyewitness News will have more information as it becomes available.