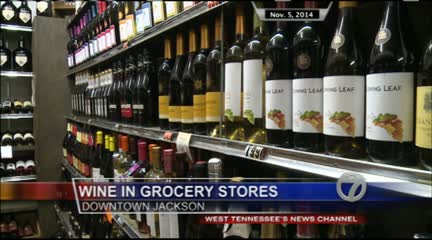 NASHVILLE, Tenn. (AP) – A bill introduced in the Tennessee General Assembly would move up the date of supermarket wine sales to this July.

Under the measure sponsored by Democratic Rep. Bo Mitchell of Nashville, food stores could start selling wine this summer – or in the summer of 2016 if they are located near an existing liquor store.

Those dates are both a year earlier than envisioned under landmark legislation enacted last year to allow cities and counties to hold referendums on whether to allow wine to be sold in food stores. Voters in November approved the measure in all 78 communities where it was on the ballot.

Other efforts to change the law could include eliminating a mandatory 20 percent mark-up on wine and minimum square footage requirements for convenience stores.