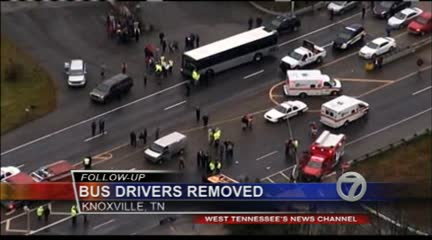 The move comes as the district reviews licensing documents for all bus drivers after questions arose about the qualifications of a driver involved in a fatal crash.

Police have said the fatal accident on Dec. 2 happened when two buses were traveling in opposite directions on Asheville Highway and one made a sudden left turn across the concrete median and crashed into the other bus. Two children and a teacher’s aide were killed.

McIntyre told the Knoxville News Sentinel (http://bit.ly/1xOfnfx) that the records of the five individuals “will require some additional investigation with regard to their licensure status.”

The cause of the fatal crash remains under investigation.