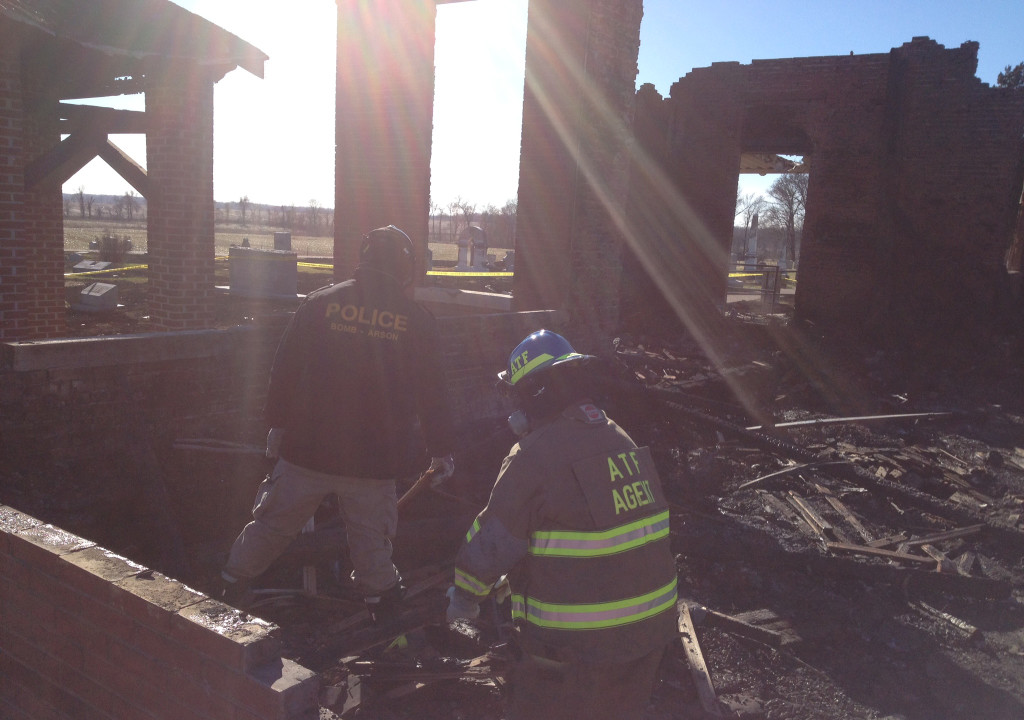 NASHVILLE — The Bureau of Alcohol, Tobacco, Firearms and Explosives is investigating three church fires in Lauderdale and Haywood counties, according to the bureau. It is standard ATF protocol to investigate all fires and attempted fires at houses of worship, according to Michael Knight, public information officer with the ATF’s Nashville Field Division. All three fires occurred in the early morning hours of Tuesday, Jan. 7. No injuries or fatalities were reported. The Tennessee State Fire Marshal‘s Office Bomb and Arson Unit along with local police and fire departments are assisting. A certified fire investigator from the bureau is coordinating the efforts to determine if the fires are connected. The churches include Trinity Methodist Church, 5659 Nunn Road, Brownsville, Haywood County; Springhill Baptist Church, 237 Springhill Road, Ripley, Lauderdale County; and Cowboy Church (nondenominational) 5880 Henning Orysa Road, Henning, Lauderdale County, according to a release from the Tennessee Department of Commerce and Insurance.