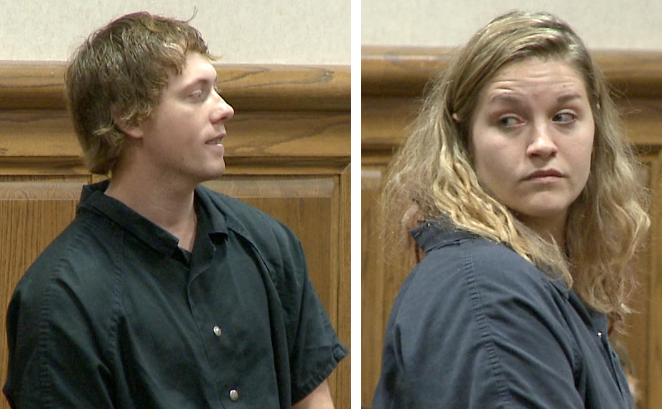 DOWNTOWN JACKSON — The two suspects charged in the alleged theft of cash and checks from the Madison County Clerk’s Office were in court Friday morning. Ashley Melton worked at the clerk’s office and is accused of taking a bank deposit bag containing more than $10,000 worth of cash and checks from the office safe. Brandon Lane, who did not work for the office, also is charged in the alleged theft. Melton has been fired from the office where she had worked since 2008, according to Madison County Clerk Fred Birmingham. Birmingham says nearly $4,000 in cash and more than $10,000 worth of checks were stolen. He says Melton burned the checks after she allegedly took them from the safe. “I wasn’t worried about the exact amount because it doesn’t mater if one dollar or five million dollars — when you have a theft you need to address it,” Birmingham said. Birmingham said he was not sure of the relationship between Melton and Lane but that reports listed them as living at the same address. The clerk’s office has since installed a new security camera to add to the current surveillance system. The camera cost $200 and was paid for through the county clerk’s general budget, according to Birmingham. Melton’s bond was set at $7,500. Because of active and prior charges, Lane’s bond was set at $100,000.