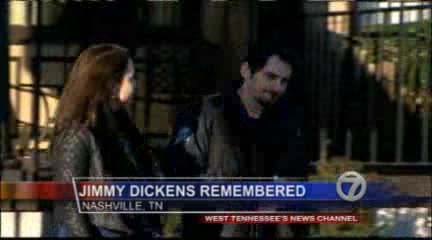 NASHVILLE, Tenn. (AP) – Little Jimmy Dickens was remembered for his humor and warmth at a funeral on the stage of the Grand Ole Opry, where he performed regularly for decades until shortly before his death at age 94.

Mourners didn’t let Nashville’s single-digit temperatures stop them from lining up outside nearly an hour before the doors opened Thursday.

Inside, Vince Gill and other performers recalled how Dickens had made them feel welcome in the early days of their careers. And Brad Paisley teared up before leading a group of performers in “Will the Circle be Unbroken.”

Several said their first introduction to Dickens was hearing his biggest hit, “May the Bird of Paradise Fly Up Your Nose.” That song earned him a spot in the Country Music Hall of Fame in 1983.