Presley’s first record, ‘My Happiness’ up for auction 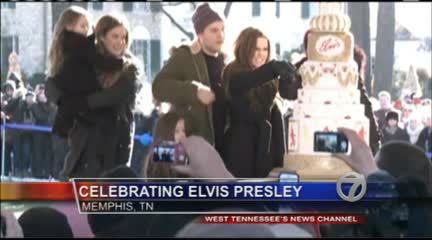 MEMPHIS, Tenn. (AP) – An acetate recording of the ballad “My Happiness,” the first song Elvis Presley ever recorded, has sold at auction for a total of $300,000.

An undisclosed buyer placed the winning bid Thursday at Graceland, the museum and tourist attraction that was Presley’s former home. Bidding began at $50,000.

Presley recorded it in 1953 at Sun Records, the Memphis studio operated by Sam Phillips. Presley, then 18, paid $4 for the recording. As the story goes, Presley left Sun and went to the home of friend Ed Leek to listen to it. But Presley, whose family did not have a record player, left the record there.

Leek had kept the record, and after he and his wife died, their niece inherited it. She contacted Graceland, and it was offered for auction.