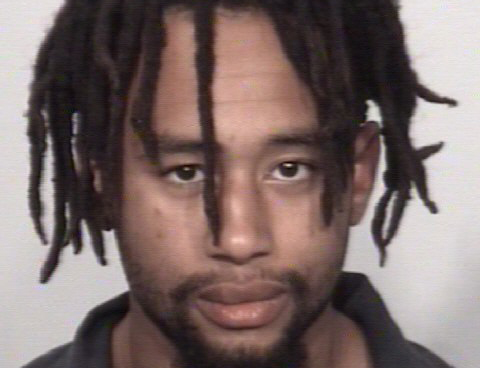 JACKSON, Tenn. — Police have identified the suspected gunman in a Friday shooting in North Jackson that sent one man to the hospital. Kirby Ross, 22, is wanted by police and U.S. Marshals in the shooting that took place around 11 a.m. on Garland Drive, according to a release from the Jackson Police Department. Ross is described as a black man, five feet nine inches tall tall and weighing 180 pounds, according to police. His last known address is 31 Gillman Lane Apt. 21 in Jackson. Officers found a 25-year-old man at the scene who had been shot in the hand and upper thigh, according to the release. Officers initially detained the man for security purposes because he had a handgun but released him when they learned he had a valid handgun carry permit and was the shooting victim, the release states. Police say the victim and another man had arranged to meet Ross to buy a gun from him. Ross then allegedly attempted to rob one or both of the men at gunpoint, according to the release. The victim who legally had a gun pulled it in self-defense and was shot twice by Ross, once in the hand and once in the upper thigh while attempting to run away, the release states. The victim was transported to a nearby hospital and later released. Anyone with information on Ross‘ whereabouts is asked to contact the U.S. Marshals Service or the Jackson Police Department at 731-425-8400, Crime Stoppers at 731-424-TIPS (8477) or online at jmcrimestoppers.org.