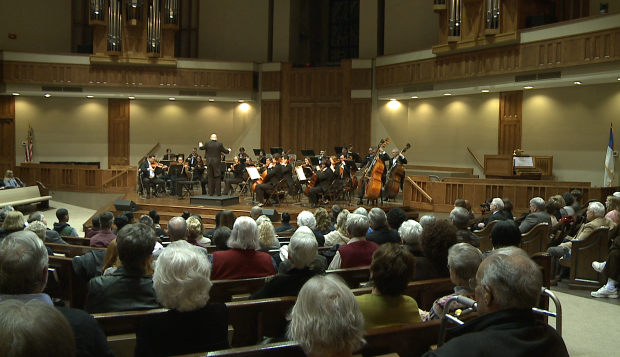 JACKSON, Tenn — Saturday night, the sound of music filled First Baptist Church in Jackson as the Jackson Symphony played through their half mark in its 54th season, according to officials. Organizers said this was also their first season with new music director and conductor, Peter Shannon. Ten members of the Boys and Girls Club of Jackson attended the concert, and organizers said the invitation could help promote classical music to a younger generation. Award winning guest artist Steven Thomas played in the front row. Symphony members said they’re hoping to continue the rest of the season sharing their love of music with the rest of the community.