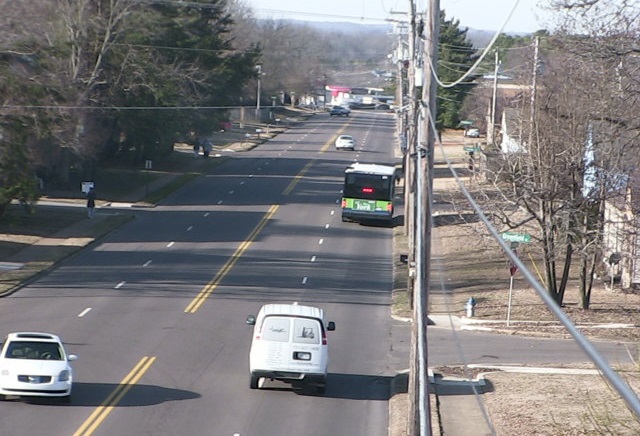 WEST JACKSON, Tenn. — A city-wide manhunt as officers swarm scene after scene in the search for a masked killer who for now remains on the run. Gunfire Tuesday morning claims a life and shatters the calm of almost six months since the City of Jackson had seen a homicide. Jackson police call this killing cold blooded murder. The 25-year old victim was shot as he stopped to pick up a friend. This act of violence has a West Jackson neighborhood on edge. “It’s scary,” Akedra Mckinnie said. “I’ve never been around anything like this.” Jackson Police say 25 year-old James Roberson was targeted right after pulling into a driveway on Woodberry Trail around 9:30 a.m. Tuesday morning “I heard like 6 or 7 shots,” Britney Maclin said. “I didn’t move yet because bullets have no eyes.” Police say Roberson was picking up a friend when the masked gunman drove up and walked toward his car firing several shots killing Roberson but leaving his passenger unscathed. “We believe that this was obviously a targeted hit,” Capt. Tyreece Miller with the Jackson Police Department said. “So it’s going to be very important to find out who he may have had problems with in the past.” Investigators say the shooter was caught on a city crime camera, or at least his car, a white Nissan Altima with a sunroof, tinted windows, and temporary tags. Friends of Roberson say they can’t believe he’s gone. “I’m shocked, concerned, and upset,” Mckinnie said. “I knew him, when I first moved up here he’s one of the guys I got to know.” Officers say with so many people out in the neighborhood that early things could have turned out much differently. “There were other people out here,” Capt. Miller said. “I’m just thankful no one else was hurt. Now our investigators will work tirelessly to find out who did this.” Residents say they just want the brutality to stop. “I mean it’s just ridiculous,” Maclin said. “We should be coming together, but we’ll never get that out here.” Investigators tell me they are talking with witnesses as well as friends and family trying to determine what connection the gunman might have had to Roberson. Investigators have not released a possible motive in the shooting but did confirm Roberson has a history with Jackson officers. According to department records, the 25-year-old was arrested five times between June of 2008 and last February. Charges ranged from marijuana possession with intent to resell to illegally having a gun to evading arrest. Again, investigators have given no indication the shooting is connected to any criminal activity If you have information that could help in solving Roberson’s homicide or if you’ve seen the white Altima, call Crime Stoppers at (731) 424-TIPS. You can remain anonymous and reward money is available.