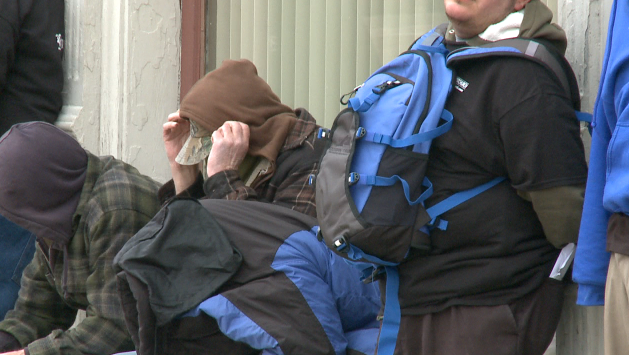 MADISON COUNTY, Tenn. — Tuesday night volunteers around Madison County took a special census all in hopes to get help for the homeless. It is an issue across the country and right here in West Tennessee. “We go to churches different nights sleep at different churches they’ll feed us give us clothes stuff like that,” Cedric Pounds said. Pounds and his friends are just a fraction of Madison County’s homeless population. Tuesday night volunteers spread across the county to count just how many people are living on the streets. “We’ll divide community up Madison County geographically they will go out look in laundromats they will look behind strip malls,’ county coordinator Vicki Lake said. Lake and about 25 volunteers look in places they know homeless people will sleep including truck stops, strip malls, and on Wednesday will get numbers from local shelters. “Overall in the whole united states homelessness is going down so we expect to see somewhat of a little decrease,” said Lake. Lake said the unsheltered numbers may appear to be up this year because of how much warmer it is than last year. Pounds and his friends said they are thankful for what they do have because they see many sleeping in cold, uncomfortable and unsafe areas. “It’s hard in the cold weather. but thanks to Area Relief Ministries and the church we do have a warm place to go at night and stuff like that so we won’t be out in the cold,” Pounds said. Lake expects the total number to be somewhere around 500, “we felt like we’ve done a real good job over the last 10 years to really address homelessness in our community.” Lake said a final group will head out at 2:30 in the morning Wednesday to count those who may have been missed. The numbers will be turned over to Tennessee Homeless Solutions and official numbers will be released in a few weeks. Lake said the funding for homeless housing is based on these numbers.