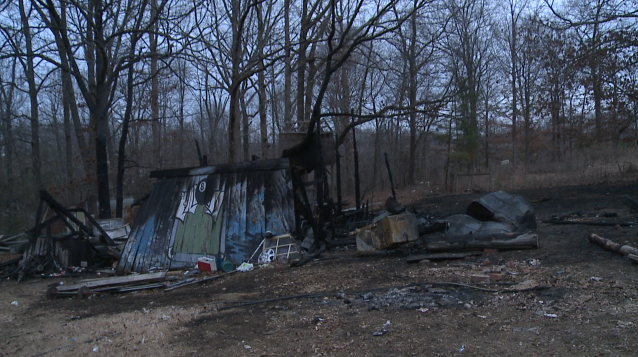 HENDERSON COUNTY, Tenn. — A man burning debris almost loses his home. Tony Peterson’s backyard is covered in ashes after he tries to clean up around his house. “I was burning some brush and stuff, and I went in the house for just five minutes maybe, and I come back out and my whole top of my shed was engulfed in flames,” Peterson said. Henderson County Fire Chief Lynn Murphy said the dry yard only fueled the flames. When firefighters arrived, the flames were already just 12 feet from the home. “Without the quick response and firefighters and equipment, there’s really no question that this house would have been on fire,” Murphy said. Peterson said he did what he could until firefighters arrived. “I was standing about, between on the other side of the concrete and that wall,” Peterson said. “I was spraying it all down with a water hose, and it was steadily just melting it.” Though their home is still standing, not everything could be saved. “Today is my little boy’s birthday, and I went day before yesterday and bought him a brand new bicycle and I had it hid in the shed. It burnt as well,” Peterson said while crying. Murphy said this loss should serve as a reminder to everyone. “Never leave that fire unattended for anything,” he said. “When it is finished, make sure that it is completely out. It’s always good to have a garden hose available.” Murphy said before you burn, call your local fire department for advice and to find out how to get a permit.