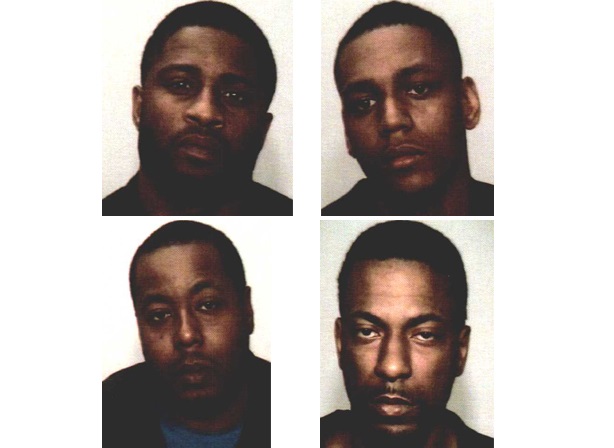 DOWNTOWN JACKSON — Four men were in Jackson court Friday on charges stemming from the same drug investigation. Police went to execute a search warrant Wednesday at an address on Pleasant Street. When officers arrived, a Chevrolet Suburban was stopped in the driveway while attempting to flee from the residence, according to an affidavit. Cory Bowers was driving the SUV, and Ladarius Love, Kelset Price and Renard Ward were passengers, according to the affidavit. When police searched the vehicle, they found a loaded 9mm pistol, about 30 grams of marijuana and a digital scale, according to police. Each of the men is charged with possession of marijuana with intent to resale, possession of drug paraphernalia and possession of a firearm during a dangerous felony, the document states. Bowers, Love and Ward also are charged with possession of a firearm by a convicted felon. Love faces an additional charge of tampering with evidence for putting some of the marijuana in his mouth, according to the affidavit. Each of the four men was issued a $50,000 bond.