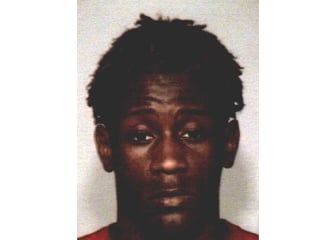 WEST JACKSON — Two men are behind bars after Jackson police say they robbed a 14-year-old at gunpoint inside his west Jackson home Tuesday afternoon. Court documents state that Kayane’dre Benson and Milek McNeal put a gun to the boy’s head and locked him in a basement. But quick thinking by vigilant neighbors is what police say lead them to the arrest. “With my mother being a little elderly, it kind of shook her up a little bit,” neighbor George Esch said. “The family stays to themselves, and it just doesn’t make sense.” Investigators say a tip from a next door neighbor led to the quick arrest of Benson and McNeal. “He was kind of down this way with white bags in his hand,” neighbor Pauline Reedy said. “They were using them to put things from the house in.” Reedy says her daughter, who lives on the next street, called 911 when she saw the two men trying to disguise themselves. “They were trying to look different, ya know?” Reedy said. “My daughter saw them changing pants and shirts.” Police say Benson and McNeal confessed to the robbery after their arrest and even lead investigators to a gun, which they hid in a yard down the road, according to an affidavit. “One of them got over the fence,” Reedy said. “And one was over there trying to get back to their car.” In a quiet neighborhood like this one, residents say they’re just happy everyone is looking out for one another. “We got that sign on the pole over there, ‘neighborhood watch,'” Esch said. “We do watch out for each other and take care of everything.” Jackson police say Benson and McNeal had stolen an Xbox One from the home. They’re charged with aggravated burglary, aggravated robbery, possession of a firearm during a dangerous felony, and aggravated kidnapping. Both are being held in lieu of $150,000 bond.