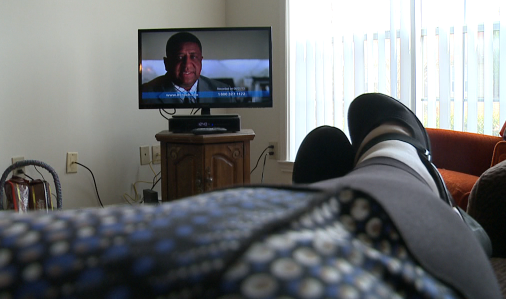 JACKSON, Tenn. — New research suggests millennials who binge watch TV shows are more likely to be depressed. Not all TV junkies agree. With “Modern Family” on his big screen, it is not uncommon to find 26-year-old Josh Parker laughing through back to back-to-back episodes. “When I have relaxation time you know that’s the No. 1 thing I prefer to do. I don’t play video games, I prefer to binge on TV,” Parker said. Researchers said binge watching or marathon viewing is watching between two and six episodes of the same show in one sitting. Parker said he is guilty and is currently feasting on “Modern Family,” “The Walking Dead” and “Sons Of Anarchy.” The study released Thursday cited interviews with hundreds of millennials, those between 18 and 29, about their TV habits. Research suggests a link between binge watching and depression — noting those who feel depressed tend to use binge watching as an escape. Some health experts say this is beginning research and needs to be explored further. “I definitely think there should be more studies,” said Fred Sesti, a nurse practitioner with Regional Medical Associates. “This is just one study with a very small sample size, and it’s not a controlled study.” Sesti said it’s important to limit all types of screen time. “It could be unhealthy, it could impact your sleep patterns, it could affect your exercise patterns and probably even how much you’re going to eat,” he said. The new study also indicated binge watching among millennials is connected to social interaction. Parker agrees. “It is a good social thing, ’cause when they come over here we all watch the same thing. So it is kind of a social thing too,” he said. According to the study, 92 percent of participants are using services such as Netflix and Hulu to indulge their cravings for the next episode. Some say they prefer to keep it old school. “I like to watch it on cable,” Parker said. Participants admitted they watched more television on weekends, with 20 percent surveyed saying they watched four or more hours during the weekend. Only about 10 percent said they watched less than two hours on those same days.