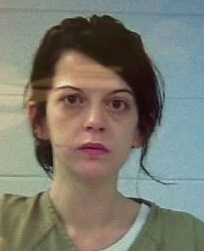 GIBSON COUNTY, Tenn. — A Gibson County woman has been charged in connection with a stabbing incident in Trenton, according to a release from the TBI. After Gibson County investigators spoke to the victim, Michael Hinton, Sheriff Paul Thomas requested assistance from the Tennessee Bureau of Investigation. Thomas said after many man hours, the joint investigation led to Gibson County investigators obtaining arrest warrants on Autumn Smith-White for accessory after the fact and tampering with evidence. Law enforcement began investigating the attempted murder of Michael Hinton on Jan. 17, the TBI’s release states. The TBI said Michael Hinton called 911 that night to report he had been stabbed. White-Smith was developed as a suspect during the investigation, according to the release. Officials said she admitted to being in the home when Hinton was stabbed and later discarding the knife. According to officials, White-Smith was arrested and charged with accessory after the fact and tampering with evidence. She is being held at the Gibson County Jail in lieu of a $75,000 bond.