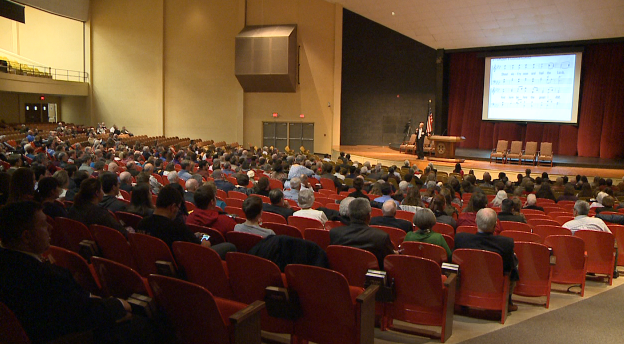 HENDERSON, Tenn. — As thousands flock to Freed-Hardeman University this week for messages of inspiration and faith, local businesses brace for an economic boom. Business at El Ranchito’s is quiet for now, but staff say that is about to change. “We expect to be very busy this week,” Claudia Aleman said. She has owned the Mexican restaurant for 20 years. She said she looks forward to the annual Freed-Hardeman Univeristy Bible Lectureship. “We can have new customers from other cities, a new state, and they always remember about this place and they stop, so we give good customer service,” Aleman said. Across town, hundreds are gearing up for the first night of faith-filled messages. Aleman said the event can bring in 40 percent more business each year. “They say, ‘Mrs. Claudia, you ready for lectureship? It’s coming this week,’ and I’m like ‘uh-oh, thank you to tell me!'” Aleman said. Charlie Ashcraft is a student at FHU who also works in Henderson. She said the week of worship is inspiring. “That was some of the best lessons I’ve ever heard,” Ashcraft said. “There’s something over everything. You can hear from forgiveness to ‘is homosexuality a gene or is it just a choice?'” Ashcraft said not only are the messages powerful — they will also bring people together outside the auditorium. “Because the people want to take out the students they know out to eat, and they want to take them out for ice cream or this and they just want to treat the kids that they know,” she said. From ice cream to tacos, businesses said they are ready to serve. The 79th Bible Lectureship will continue daily through the end of Thursday.