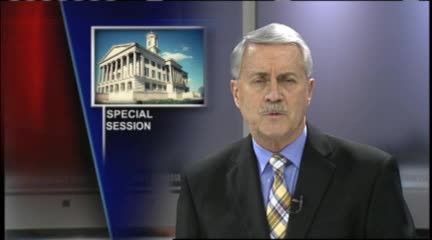 The governor spent the weeks before the special session touring the state to promote his plan to lawmakers.

He was scheduled to do so again in a joint address to the House and Senate on Monday evening.