Brothers accused of trying to steal trailer in Weakley Co. 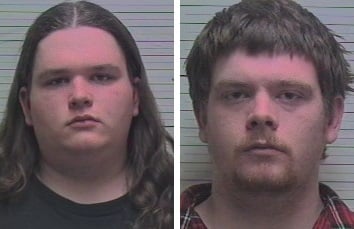 WEAKLEY COUNTY, Tenn. — Police have arrested two brothers for reportedly trying to steal a trailer. Rupert and Justin Bailey were arrested after police say they found them trying to steal a trailer. The two were charged with criminal attempt to commit theft over $1,000 and criminal trespassing. Both are being held in lieu of $25,000 bond each, and they’ll have their first hearing Wednesday.