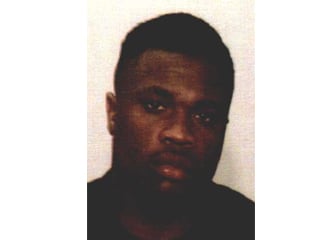 DOWNTOWN JACKSON — A man police say stole a car and then wrecked it near Lincoln Courts in Jackson before fleeing on foot was in court Wednesday. Juan Deshaun Hoyle, also known as Shawn Hall, faces numerous charges in the Monday incident. According to an affidavit, a woman told police she was driving when a car struck her vehicle and then drove away in a reckless manner. She said the car then hit a fence near 257 Lincoln Street, and the driver ran away on foot. Police spoke with the woman who owned the car, and she said Hoyle had demanded money, robbed her of her keys and then stole her car, according to the affidavit. The owner of the car said she also saw him drive away, hit the other woman’s car and the fence before fleeing on foot. Hoyle is charged with robbery, auto theft, leaving the scene of an accident and reckless driving. He is being held in lieu of a $15,000 bond.