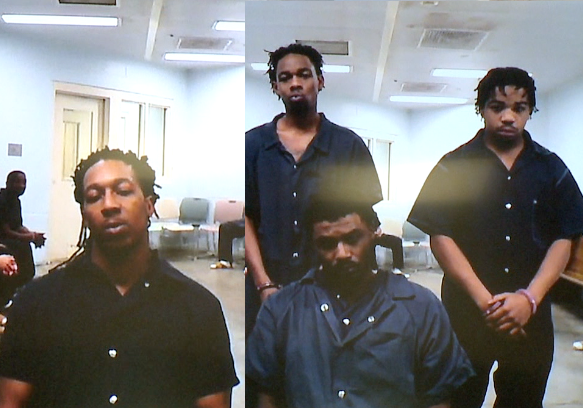 DOWNTOWN JACKSON — An alleged drug deal turned violent at Jackson’s Old Hickory Inn led to four suspects arrested and then in court Thursday. Quenton Woods, Montavius Pirtle, Martin Mitchell and Roger Spencer all were reportedly in the hotel room when the victim was said to have been hit in the head with a beer bottle and his wallet stolen with $360 inside. Court papers say their accounts differ as to who was in the room and who started the alleged fight. Each was charged with aggravated robbery. Woods also faces drug possession charges after police say they found 10 grams of marijuana on him. All four are still in jail in lieu of $30,000 bond each.