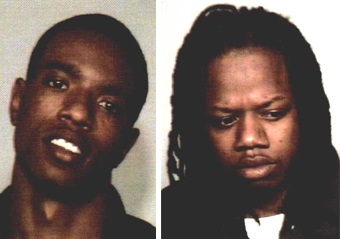 DOWNTOWN JACKSON — A Wednesday traffic stop for a seat belt violation by a driver led to two men appearing in court Friday on gun, theft and drug charges. Police stopped a Chevy Caprice on Mount Street for a seat belt violation by the driver, Marquese Neal, according to an affidavit. Neal was removed from the vehicle for a K-9 search, and officers saw a bag containing about 20 grams of marijuana in the driver’s door, the document states. During a probable cause search, police say they found another six bags containing 171 grams of marijuana in the glove box along with a loaded Lorcin .380 pistol. The gun was reported stolen in a 2011 aggravated burglary, according to police. Kenneth Dunlap was the front-seat passenger in the car, and police say they found a digital scale containing marijuana residue under the front seat where Dunlap was sitting. Dunlap also had a bag of marijuana on his person that weighed six grams, according to the affidavit. Neal and Dunlap both are charged with possession of a firearm during the commission of a dangerous felony, theft under $500, possession of marijuana with intent to resale and possession of drug paraphernalia, the document states. The men were each issued a $30,000 bond.