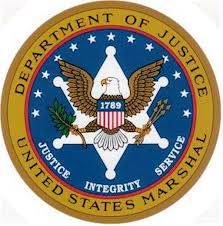 JACKSON, Tenn. — U.S. Marshals arrested three fugitives Wednesday in Jackson and Brownsville, according to a release. Marshals on Friday announced the arrests of Daryvion Brown, Johnathan Geanes and Tarvarius Johnson. Brown was wanted by Bolivar police on charges of attempted first-degree murder, being a convicted felon in possession of a firearm and violation of probation. Geanes was wanted by Bolivar police for failure to serve a sentence after being convicted of aggravated robbery. Both men were arrested at 33 Carver Avenue in east Jackson. Local authorities say Brown and Geanes are members of the Vice Lords street gang and have prior arrests for violent crimes, the release states. Tarvarius Johnson was arrested later Wednesday on an outstanding warrant for aggravated robbery issued by the Haywood County Sheriff’s Office. Johnson was located in the 300 block of South Grand Avenue in Brownsville. According to local authorities, Brown is a member of the Gangster Disciples street gang. The Gulf Coast Regional Fugitive Task Force has offices in Tennessee, Mississippi, Alabama and Louisiana. The Jackson office consists of Deputy U.S. Marshals investigators with the Jackson Police Department and investigators with the Tennessee Department of Corrections. Additional information about the U.S. Marshals can be found at www.usmarshals.gov.