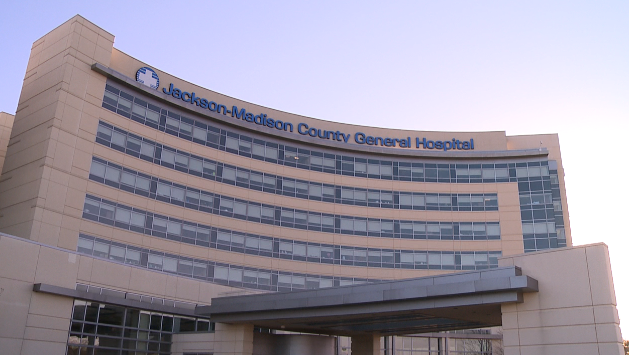 JACKSON, Tenn. — Local health care providers say they will fall deeper into the red now that the governor’s Insure Tennessee plan has failed. We broke down the numbers to see why hospitals in Jackson have such a financial burden in caring for the uninsured. West Tennessee Healthcare said it costs them millions every year to care for uninsured patients who show up at the emergency room hurt and sick. Now with no expansion to Medicaid, WTH officials said the risk of closures and job losses cannot be ignored. “We lost 40 million dollars last year,” West Tennessee Healthcare CEO Bobby Arnold said. “It’s a big number.” After Wednesday’s 4 to 7 vote against Gov. Bill Haslam’s Insure Tennessee plan, local hospitals said their budgets have taken a hit. “The cost of taking care of the uninsured did not go away with that vote,” Arnold said. “It was here yesterday, it’s here today and it will be here tomorrow.” Arnold said as a not-for-profit hospital, they cannot turn anyone away. Last fiscal year, that cost the entire system around $40 million. During that time, 21 percent of patients visiting the ER in Jackson did not have insurance. Compare that to private provider Regional Hospital who said during the last fiscal year, 5 percent of ER patients were uninsured, amounting to $6 million in losses. “The real losers in this situation are the people of Tennessee and the businesses of Tennessee,” Arnold said. With no new plan to fix the state’s health care system, layoffs and even closings are on the table, according to Arnold. But for now, he is not giving any specifics of what the 2015-16 budget, starting July 1, may look like. “We’ll keep taking care of people, and we’re going to do the best we can,” Arnold said. “It just would have been a little easier if Insure Tennessee had passed.” Arnold said other hospitals in their system saw lower numbers of uninsured patients last fiscal year. Camden and Bolivar general hospitals said 15 percent, while Milan General saw 12 percent.