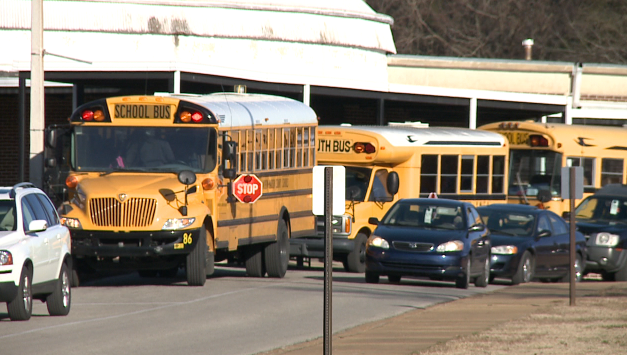 JACKSON, Tenn. — A Jackson-Madison County elementary school was on high alert Friday after a gun, which turned out to be a toy, was found in a student’s locker. Parents at Andrew Jackson Elementary said they were alarmed. Judy Tate said she came to the school to give her granddaughter money for ice cream. “I saw the two police cars were here and I mean, I didn’t know what was going on,” Tate told WBBJ 7 Eyewitness News Friday. “I didn’t know what was going on until I got in the office, and I still didn’t know because one of the people who worked here asked her did she know that he had it in his backpack and she said ‘no.'” A Jackson-Madison County Schools spokesperson said police officers were called out and determined the gun was a toy. The student still will likely be punished. “There will be a hearing from the student, and they will proceed from there with what disciplinary action will be taken at that point,” Jackson-Madison County School System’s marketing and public relations specialist Ginger Carver said. Some parents said while things could have been worse, solving problems like this starts at home. “It’s kind of scary because it could have been a real gun that was brought in,” said Monica Bond, grandparent of an Andrew Jackson Elementary student. “I think parents should double check children’s book bags at night and in the morning before they leave to come to school.” “It makes me feel kind of nervous because so much stuff is going on in the school systems now,” said Willie Jones, another grandparent of an Andrew Jackson student. “I feel that a lot of it is parents’ fault. They should check the kid’s backpack, especially kids in elementary.” School district officials said the student should be suspended until the punishment hearing but were unable to confirm that has happened.