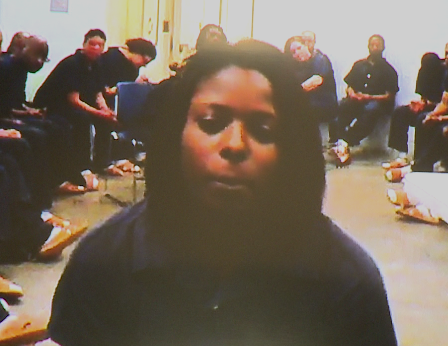 EAST JACKSON — Police arrested a woman at Lane College accused of pulling a knife on a woman inside a dorm on campus. College administrators confirmed both the suspect and the alleged victim are students. Quanterrica Roland faced a judge Monday on an aggravated assault charge. “The lady came into my room in the dorm,” Roland said. According to an arrest warrant, the alleged attack happened around 12:25 p.m. Sunday inside a residence hall. A woman told police Roland grabbed her by the hair, threatened to kill her if she didn’t leave and then pulled a pocket knife from her bra, the warrant states. “Arguments go on all the time, but as far as the pulling out of the knives and all of that, like that’s totally uncalled for,” Chelsey Williamson, a student, said. The college would not discuss details about the students involved but did say when a student faces a criminal offense, they are placed on interim suspension. The college said once the student is released from custody, he or she will have a hearing with the dean of students. “If something happened and it did violate our code, then a sanction will be imposed,” Lane College Chief of Staff Darlette Samuels said. Roland told the judge the woman came into her room. “I have witnesses that say I did not pull the knife out,” she said. “It was a knife on the table in my room.” According to an arrest warrant, police made contact with Roland at Hamlett Hall on campus. Police said she had the pocket knife in her bra at the time of her arrest. Samuels said weapons are not allowed on campus. “If a student is caught fighting with a dangerous object or weapon, that is not allowed on campus,” she said. Roland is being held at the Madison County Jail in lieu of a $5,000 bond.