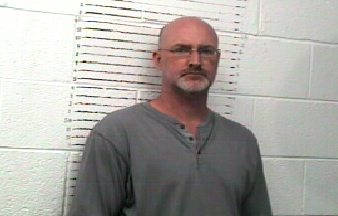 McNAIRY COUNTY, Tenn. — The McNairy County chiropractor charged with aggravated statutory rape of a 14-year-old girl has pleaded guilty. When the suspect was charged last May, deputies said he could face up to 15 years in prison. Monday, the judge ordered no jail time. Workers at Barnes Family Chiropractic Center said Matthew Barnes was back at work Monday afternoon, just hours after pleading guilty to two counts of aggravated statutory rape. “I don’t think it’s right,” resident Kayla Carnagey said. That is not all that has grabbed the attention of many in Adamsville. Instead of jail time, Judge J. Weber McCraw placed Barnes on supervised probation. “He’s a good guy and I’m surprised at the sentencing, although I didn’t really know how it would go,” resident Linda Crouch said. According to the plea deal, Barnes must register as a sex offender during probation, but if he stays out of trouble for the next four years, his record will be erased and he can be taken off the sex offender registry. “I think that’s sick,” resident Terry Jones said. “That’s not justice.” McNairy County deputies began investigating Barnes in May of 2014 after the victim’s father found texts and social media conversations between his 14-year-old daughter and Barnes. “He should do his time in prison just like anybody else would,” Jones said. Mike Dunavant, the district attorney general over the case, said the sentencing was not part of any agreement with the state. “I think that’s ridiculous that after four years he can just get away with it, get it off his record,” Carnagey said. WBBJ 7 Eyewitness News reached out to Barnes after sentencing Monday. The only thing his employees would say is “we have no comment.” As part of the plea, a count of statutory rape by an authority figure was dismissed. “I feel sorry for the little girl’s family and her because justice was not served,” resident Melissa Buckley said. WBBJ also reached out to Barnes’ attorneys for comment. The calls were not returned.