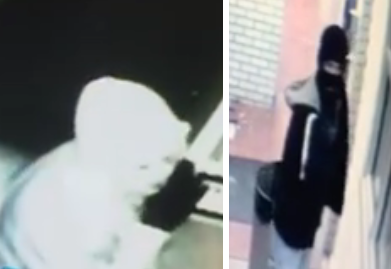 MILAN, Tenn. — Police in Milan are asking for help identifying a man in security footage who broke into the Milan Utility Department. Investigators say the man broke a window to get inside the building early Saturday morning. He is seen rummaging through drawers and crawling on the ground, and officers say he visited the building twice that night. Police think the man may also have been captured by security cameras during an attempted break-in the same morning at the Gibson County Utility District and gas company in Trenton. Officers say the clothing the suspect is wearing in each video matches. Police think the man may be connected to more recent burglaries in Milan including at the Chow Wagon restaurant. Anyone with information is asked to call Milan police at 731-686-3309. There is a $500 reward, and all callers can remain anonymous.