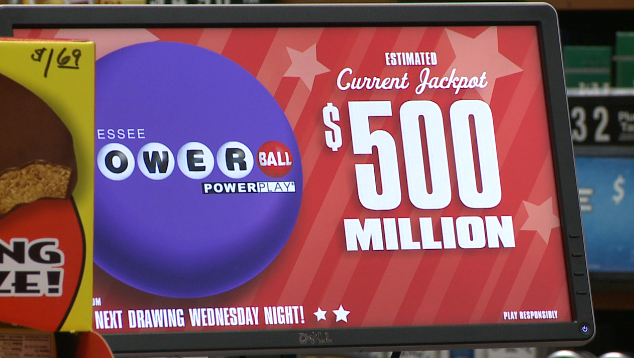 JACKSON, Tenn. — Six numbers worth half a billion dollars — at $500 million, it is the third largest jackpot in Powerball history. Here they are: 11-13-25-39-54 The red Powerball number: 19 Power Play: 3x Before the drawing, thousands of tickets were sold in Jackson, and most of the people who bought them said they thought they had the winner. “It’s been getting bigger and bigger,” resident Ian Hart said. “Once the jackpot gets to a number like $500 million, it is hard not to buy at least a couple chances.” But even though the odds of winning the jackpot are one in 175 million, West Tennesseans lined up Wednesday night to test their luck. “There’s been a bunch of new people,” said Hunter Webb, a clerk at Old Medina Market. “Most people get the quick picks. They just want that winning ticket.” The winner will have the choice of taking a lump sum payment or spreading the payments out over 30 years. Here in Tennessee, you could cash out with $253 million or take $12 million annually. “I’d take it all at once,” Jeff Rader said. “Never know if I’ll make it 30 years.” But if one of the thousands of tickets sold Monday in Jackson is a winner, those who bought them say they have some big plans. “I’d do a lot of charitable work,” Hart said. “It’s too much money for just one person to do anything with, so you might as well do some good.” If no one was lucky enough to win, the next jackpot will increase to $650 million on Feb. 14.